Sociological inquiry started as soon as man developed some means of communication. Meanwhile, the conscious adoption of the scientific approach began in the early part of the 18th century and the first quarter of the 19th century when social philosophers began to be interested in the natural development of the sciences that would eventually lead to the development of society. During that time, Henri Saint-Simon (1760-1825) wrote his ideas on the science of society which he discussed with Auguste Comte, his student and secretary. Auguste Comte was a French philosopher who coined the word sociology in 1838 to designate to his newly formulated “science of the associated life of humanity.” He described sociology as the “queen of the social sciences”. His famous book of ‘positive philosophy’ was to develop and advance the study of society to the third and last stage and to apply methods of science to the study of society.

It has to be noted that the theories that characterised the age of Comte were greatly influenced by the social unrest in Europe and the Industrial Revolution. At that time, scholars and intellectuals advocated social reforms. Among the pioneers of this movement were: Herbert Spencer, he began writing his first book ‘social statics’, which is often called the “first Sociology textbook”. Karl Marx, and Friedrich Engels wrote ‘The Communist Manifesto’, a propaganda pamphlet with class struggle, which is still read today and Ferdinand Toennis, who were all armchair philosophers. Pioneering along this area were Emile Durkheim and Max Weber, his first book, ‘The Protestant Ethic and the Spirit of Capitalism’ examined how belief systems might affect people’s actions and in turn the economic system of their society.

Other sociologists followed. These were William Graham Sumner, he was president of the American Sociological Society, and author of ‘Folkways and the Science of Society’ Lester Ward, George Simmel, he achieved fame among sociologists through a series of brilliant articles published in ‘Soziologie’ and Ferdinand Toennis, his first and most important writing was ‘Gemeinshaft and Gesselshaft’ originally published in 1887 and subsequently in six other editions, a rare event in the study of sociological theory.

Major sociological studies, still useful in sociological research are protestant Ethic and the Spirit of Capitalism, Asch Conformity Experiments, Milgram Obedience Studies, The Communist Manifesto, The History of Sexuality, Democracy in America, etc. The McDonaldization of Society, The Study of Suicide, The presentation of Self in Everyday Life. In the United States, the fast growth of sociology accelerated the change from social philosophy to social science, which led to the separation of sociology as distinct discipline of the social studies. 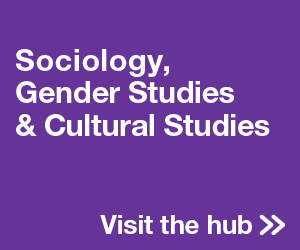 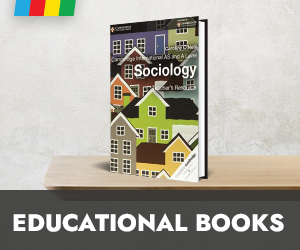